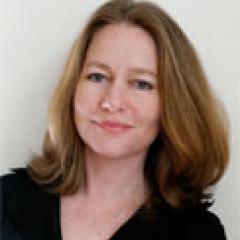 Over a 15-year career in the music business, Lauren has run her own companies, managed artists, negotiated deals, and worked as an executive for record companies in both London and New York City. She began her career with UK-based indie labels such as Rough Trade Records (the Smiths, Feelies, Soul Asylum, They Might be Giants), One Little Indian Records (the Sugarcubes, Bjork), Setanta Records (Edwyn Collins, Magnetic Fields), Imago (Aimee Mann, Henry Rollins), and many more. Upon moving to Chapel Hill, North Carolina, in 2000 with her husband, Eric Hodge, and three children, Lauren created the Youth Performing Arts Conservatory at the ArtsCenter in Carrboro, where she was later the director of development. In 2011, she founded Community Chorus Project in partnership with the Department of Music at the University of North Carolina, as well as chorus programs for middle and high school students. As an arts entrepreneur, Lauren is dedicated to creating community through music. She holds a bachelor’s degree in drama and English from the University of London, Goldsmith’s College.